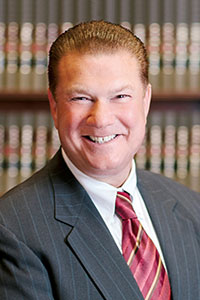 Prior to his election to the state Senate in Nov. 2018, Lucido served two terms in the state House of Representatives from 2015-2018. Lucido is a licensed attorney, insurance agent, realtor, and former security register representative. He founded a Macomb County-based law firm and Macomb Now Magazine. The senator has also been active in the community, and has served as a member of several organizations and boards.

He and his wife have three children.

Senator Lucido can be contacted by clicking here.